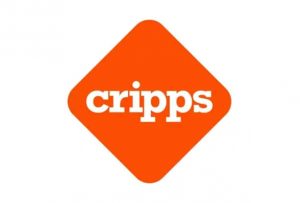 Law firm Cripps has helped French accountants H3P continue its expansion into the UK with the purchase of London-based Barber & Co LLP.

This is the second UK acquisition Cripps has advised the international accountancy practice on in three years.

Eric Hinderer of H3P, which is based in Paris, said an excellent working relationship with the team at Cripps had helped steer the purchase to a successful conclusion.

“Cripps displayed a thorough understanding of the issues in completing this international deal, with all the complexities and nuances it involved,” he said.

“Both our purchases of the UK companies – conducted with the advice and guidance of Cripps – have proceeded smoothly and successfully.”

The Cripps team was led by partner Olivier Morel, who said: “This was a fascinating cross-border deal that made good use of our team’s expertise and knowledge of international contract law.

“H3P has continued its strategy of expanding in the UK through acquisition, showing there is still a strong appetite to invest in the UK despite the uncertainty caused by the Brexit negotiations.”

In recent months, Cripps has worked on deals involving companies in the USA, Canada, Singapore, Germany, France and Spain among others. It is a member of Marcalliance, an international alliance of law firms.

Cripps has offices in Tunbridge Wells, London and Kings Hill.

This website uses cookies to improve your experience while you navigate through the website. Out of these, the cookies that are categorized as necessary are stored on your browser as they are essential for the working of basic functionalities of the website. We also use third-party cookies that help us analyze and understand how you use this website. These cookies will be stored in your browser only with your consent. You also have the option to opt-out of these cookies. But opting out of some of these cookies may affect your browsing experience.
Necessary Always Enabled
Necessary cookies are absolutely essential for the website to function properly. This category only includes cookies that ensures basic functionalities and security features of the website. These cookies do not store any personal information.
Non-necessary
Any cookies that may not be particularly necessary for the website to function and is used specifically to collect user personal data via analytics, ads, other embedded contents are termed as non-necessary cookies. It is mandatory to procure user consent prior to running these cookies on your website.
SAVE & ACCEPT