TOP 5 LOCATIONS FOR A BUSINESS BREAKFAST IN LONDON 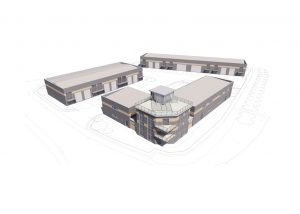 A new home for small businesses being built in Thanet will provide 16,000 sq ft of space for local start-ups and growing companies, thanks to a landmark deal concluded by East Kent Opportunities.

Groundworks on the site known as Elevation Space have recently got underway at Manston Business Park, the development being promoted by East Kent Opportunities on behalf of its owners Kent County Council (KCC) and Thanet District Council (TDC).

Construction is being overseen by Rowe Atlantic, which purchased the plot in March, and is relocating its operations to Kent from Devon. The move is expected to create up to 10 new jobs in Kent and a further 10 more over the next three years by Rowe Atlantic alone. Elevation Space will facilitate and encourage considerable potential for additional jobs. 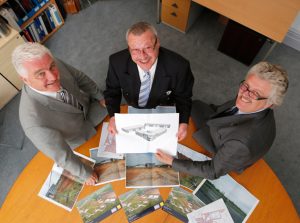 Elevation Space will include three buildings, two of which will be divided into separate commercial units and leased to other small businesses. The third will be used as Rowe Atlantic’s new headquarters, replacing its existing offices near Exeter.

The first building is expected to be completed by October, with the second to open in December. Rowe Atlantic’s new HQ will be finished by April 2014.

Carl Rowe, Chief Operating Officer at Rowe Atlantic, said: “Once we decided to leave Devon the search began to find a new home that was conveniently located to London and mainland Europe and large enough to provide enough space to house all our subsidiaries under one roof.

“Manston Business Park more than met this criteria, in fact providing us a plot that is too large for our needs alone. However, encouraged by our own experiences as tenants we saw this as an opportunity to build an impressively designed, reasonably priced community of small, start up business space.

“We hope these firms, as well as Rowe Atlantic, can benefit from each others’ services and expertise.”

Mark Dance, Kent County Council Member for Economic Development, said: “The arrival of Rowe Atlantic at Manston Business Park demonstrates the growing business confidence in East Kent and justifies the approach jointly adopted by ourselves and Thanet District Council to take a proactive stance through EKO in securing, managing and selling our land at Manston Business Park.”

Clive Hart, Leader of Thanet District Council, said: “This deal supports our economic development strategy, which seeks to attract new businesses into the area through a programme of planned investments in the right location and in EKO’s assets which are primed for delivery.

“We are pleased that Rowe Atlantic has recognised the various commercial benefits that Manston Business Park can provide their companies while also taking the opportunity to support the East Kent business community.

“There is a high demand for newly-built, well placed and well priced business space in Thanet and so we are sure it will not be long until all the units are filled with promising start ups and SMEs.”

Family-owned Rowe Atlantic is the holding company for a number of subsidiary ventures, including Trolley Collection Services (TCS), which locates, retrieves and returns supermarket trolleys for major retail chains and councils, a coffee company with more than 100 self serve outlets throughout the UK, and a provider of mobility scooters and wheelchairs to retail chains. Rowe Atlantic also ran a transportation company in North America for 10 years.

TOP 5 LOCATIONS FOR A BUSINESS BREAKFAST IN LONDON

One thought on “BUILDING BEGINS AT MANSTON BUSINESS PARK” 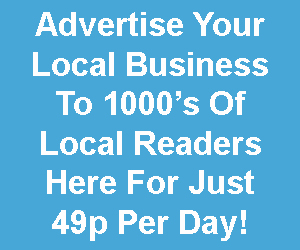